Located in Alsace – France, the villa built by René Lalique in 1920 has been transformed into the sumptuous setting of an ultra-sophisticated hotel and gourmet restaurant. A showcase for Lalique’s craftsmanship and flair, Villa René Lalique offers six exclusive suites. The refurbishment and décor were commissioned from interior designers Lady Tina Green and Pietro Mingarelli.

Chef Jean-Georges Klein, decorated with three Michelin stars, presides in the restaurant built by Mario Botta, the Swiss architect of international renown. Romain Iltis, the villa’s Sommelier of distinction from Alsace was awarded “Meilleur Ouvrier de France” in 2015 and “Meilleur Sommelier de France” 2012. He is in charge of the exceptional cellar – one of Europe’s finest – with over 20,000 bottles in stock.

Château Hochberg, which was built in 1863 by Edouard Teutsch, the then owner of Hochberg glassworks, has undergone a complete renovation ; it is now a four-star hotel and a modern restaurant. This former manor house, classified as a listed building since 1996, lies at the heart of the Northern Vosges Regional Nature Park, facing the Lalique museum, and is surrounded by over 4 acres of gardens. Guests are offered 15 rooms and suites as well as a modern brasserie with 60 covers.

Situated five minutes from Villa René Lalique, which offers six exclusive suites and a restaurant decorated with two stars led by chef Jean-Georges Klein, Château Hochberg is a convivial destination. Hosts will be pleased to welcome locals and visitors alike and make their time at the Château a memorable experience. 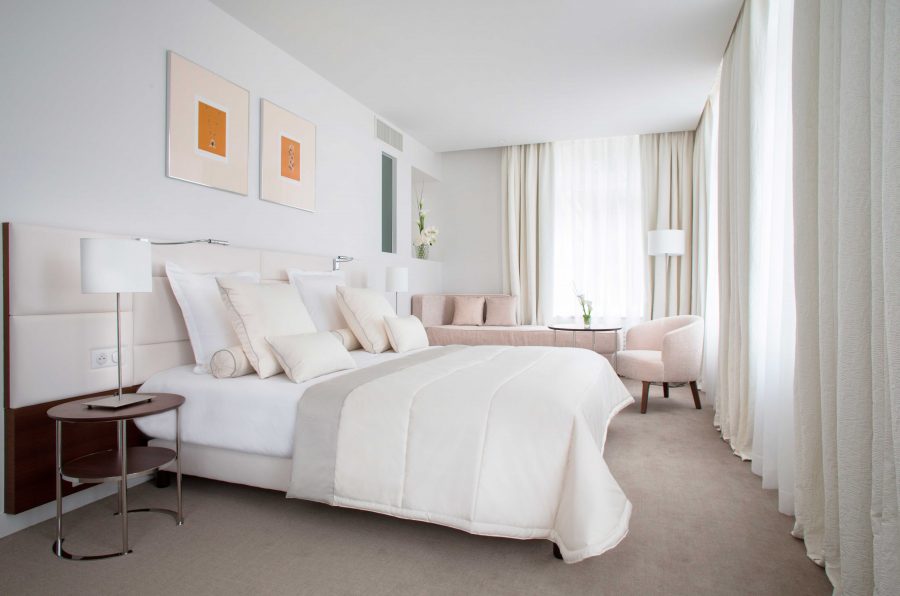