Like la Maitresse de Maison Lucie Cozzi, the reception manager of the Hotel & Restaurant LALIQUE at Château Lafaurie-Peyraguey, Ricardo Fonseca, has been in office since the hotel opened in June 2018.

Originally from Lisbon, Portugal, Ricardo arrived in France in 2017. After having spent a season in Saint-Tropez which allowed him to master our language and luxury service, he settled in south Gironde at the same time as the pre-opening of the Hotel & Restaurant LALIQUE.

In tandem with Lucie Cozzi, la Maitresse de Maison, Ricardo pre-opened the hotel in April 2018 as a front desk agent. The following year, Ricardo was promoted to front desk Manager and since 2019, he has ensured the satisfaction of guests of the 5 * Relais & Châteaux hotel every day.

Ricardo works with Lucie Cozzi and they are assisted by front desk agent Alexis. 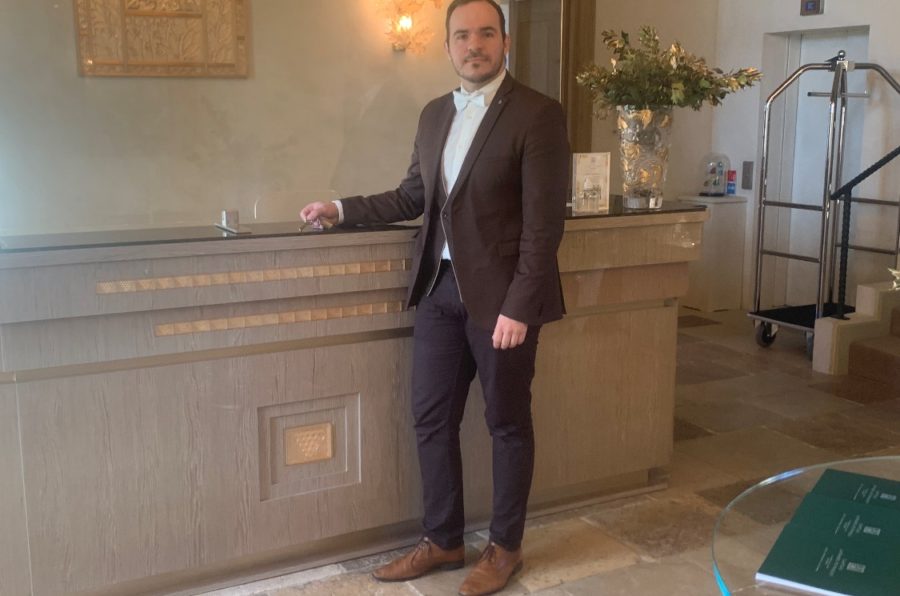 Your romantic stay at the Château for Valentine’s Day